A bond (or fixed-income security) is simply an IOU. The organization issuing the debt typically promises to pay back the money borrowed plus interest at a specified period of time. The bond may be backed by collateral (secured bond) or only backed by the full faith of the issuer (un-secured bond). Interest rates vary by the quality of the issuer. Independent rating companies such as Standard & Poor and Moody’s rank organizations based on their financial strength. Lower graded bonds pay higher interest rates while higher grade bonds typically pay lower rates.

A mutual fund is a pool of assets from individual investors that are managed by an investment company. Each fund defines a stated objective to which it must invest its assets. (i.e. an international stock fund must invest it’s assets in equities outside the United States.) All shareholders are treated equally and share in the gains or losses of the fund on a per share basis. 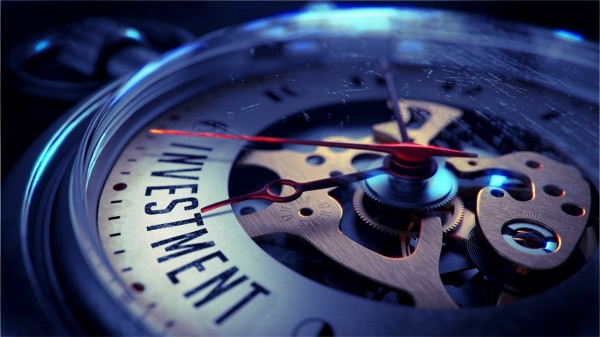 Many people can benefit from investing in mutual funds through the following:

Having your money managed by portfolio counselors and analysts who spend the time, effort and research on finding the best investment ideas provides significant resources to the average investor. This is their full-time job; they are not practicing with your money. This is important for the long-term investor.

Most mutual funds hold many different stocks or bonds (depending on the objective of the fund) from multiple industries. It is not unusual to see a fund with more than 100 different holdings or securities. Over the long-term this typically helps reduce the volatility of an investor’s portfolio.

A mutual fund typically purchases securities in such a large quantity that it is able to buy such securities more cost effectively than individual investors. Institutional trades have more “buying power” than trades made by the general public.

The debate over load and no load mutual funds has been around for more than a quarter century. An investor must first understand that there are two types of charges possible with a mutual fund investment. The first is a front or back-end load and the second is the annual expense ratio. To understand the difference between these two types of funds we feel it important to reveal the total cost of owning a mutual fund.

A front-load fund charges an upfront commission, while a no-load fund does not. A back-end load is only charged on amounts withdrawn (subject to conditions of the fund and length of ownership).

An expense ratio is the annual fee charged to manage the mutual fund. Often times the annual expense ratio of a load fund is less than that of their no-load counterparts. Although these fees are fully disclosed in the funds prospectus, they often times go unnoticed because they are deducted from the funds performance each and every year. To complicate matters even further, most fund families have introduce C shares which are considered level loads, in order to offer a similar pricing structure as the no-load families.

It is our strong opinion that it is much more important to consider the cost of owning a fund over time than the cost to purchase the fund initially.

In all the above mentioned text we have discussed fees only and have not even considered performance. The cost to own a fund should be reasonable, but should be only one of the factors used when considering an investment.

Passive management relies on the efficient market theory. The theory believes that it is very difficult to outperform the markets. Therefore, a passive (or index) fund attempts to “be” the market, minus a small management fee. The fee can be small because the fund does not require research, or even human involvement. A computer model can easily replicate the holdings of a particular index, and purchase those holdings in the correct proportional amounts.

Active management attempts, through research and available market data, to purchase quality holdings and avoid the biggest losers. The goals of actively managed funds may be to outperform the market, have solid performance with less risk, or both. They rely on quality managers, analysts, and research to accomplish these goals.

At WWK, we are strong proponents of active management and are dedicated to researching and monitoring the funds that we believe have the best chance to accomplish the goals of strong performance and risk management. We do this through our Investment Selection Process.

One of the most important features of a variable annuity is the ability to defer taxes on the growth or earnings of your investment. These contracts are typically used with non-qualified money. This benefit was more beneficial under the tax laws prior to the enactment of the Economic Growth Tax Reconciliation Relief Act (EGTRRA) which lowered the taxes on long-term dividends and capital gains. If these tax breaks are repealed, variable annuities may again become a more attractive tax shelter.

Recently, there have been a number of changes in the rules surrounding pension plans and the liabilities they can have on a company. As a result, many companies have eliminated their plans. This has increased the demand for the “living benefits” offered through variable annuities. Due to the many different features that variable annuities offer, it is imperative to understand ALL of the costs and limitations associated with your variable annuity contract. There are contract limitations, fees, and charges associated with variable annuities, which include, but are not limited to: mortality and expense risk charges, sales and surrender charges, administrative fees, and charges for optional benefits. Early withdrawals may be subject to surrender charges, and taxed as ordinary income and, in addition, if taken prior to age 59 1/2 an additional 10% federal income tax penalty may apply. Withdrawals reduce annuity contract benefits and values. Costs and contract flexibility vary widely from one insurance company to another!

The definition of risk is different to many people. While some may believe risk is simply the possibility of loss, others may look at it as the fluctuation or volatility of a security. Another risk that many people fail to consider is inflationary risk. This risk is that a dollar will not have as much buying power in the future. There are many measurements of risk including Beta and Standard Deviation. Morningstar defines them as the following:

Beta is the measure of a fund’s sensitivity to market movements. The beta of the market is 1.00 by definition. A beta of 1.10 shows that the fund has performed 10% better than its benchmark index in up markets and 10% worse in down markets, assuming all other factors remain constant. Conversely, a beta of 0.85 indicates that the fund’s excess return is expected to perform 15% worse than the market’s excess return during up markets and 15% better during down markets.